Yes! Your favorite text-to-speech application - Animaker Voice just got another update to its voice library!🥳

With the recent update, you can create voice overs in loads of regional languages in the Indian, European and Arabic regions of the world.

Why is this update massive? Because it lets you customize your content in languages that are used by more than 1 Billion+ people around the world. 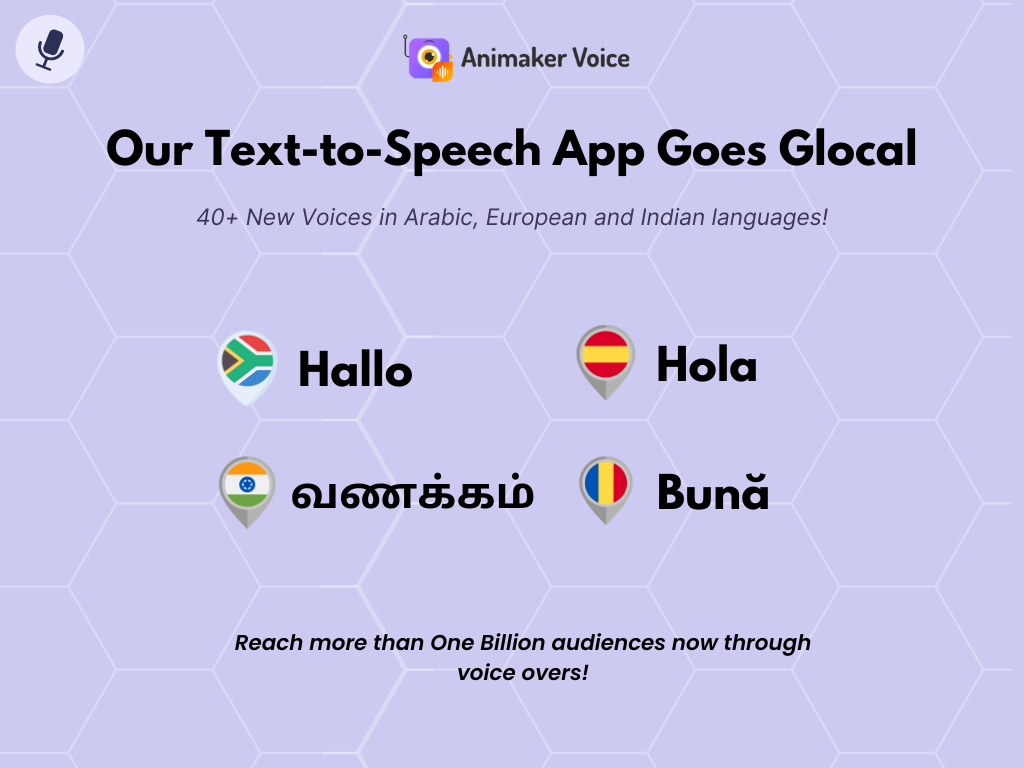 You can now create voice overs in Arabic and Indian languages like - Bengali, Gujarati, Kannada, Malayalam, Punjabi, and Tamil, and in European languages like - Spanish, German, and Portuguese (Brazilian), Afrikaans (South Africa), and Romanian (Romania).

Subsequent to the new update, our voice library now has more than 250+ unique voices and 40+ global languages🔝

So, where do you find the newly added voices? In the Voice dropdown menu, look for voices with a ‘New’ sticker next to them. 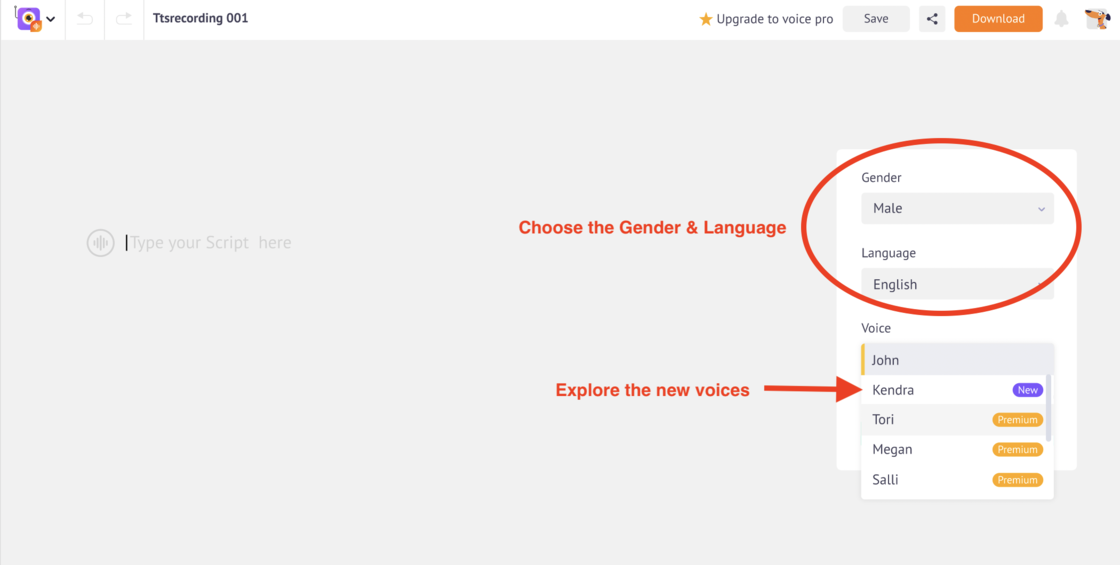 Excited to try it? Explore all voices in the Animaker Voice app now!